Top 7 Attractions Opening in Dubai This 2016

2016 will be an exciting time for residents and tourists alike in Dubai. Around 16 new projects or attractions will open in the city for everyone to enjoy-- young or old.


Here are the top 7 soon-to-open attractions in Dubai for this year.

Strategically placed in a location where Old Dubai and New Dubai is visible, the Dubai Frame’s main objective is to emphasize Dubai’s landmarks. It also aims to be a cultural landmark while providing spectacular views to both sides of Dubai, a bridge that will connect the past and the present. An estimated 2 million tourists per year is expected to visit Dubai Frame, which will be comprised of two towers with a connecting bridge that will be a viewing deck to the city. This observatory will give views of Old Dubai to the north, and New Dubai the south.

Talk of the town lately is the opening of Safari Dubai, the city’s very own safari currently being developed at Al Warqa Fifth near the Dragon Mart area. It is one of the projects of Dubai Municipality, which is expected to open within 2016. No exact date has been announced yet.


The park will replace Dubai Zoo located in the Jumeirah area and is expected to be over 119 hectares (more than double the size of San Diego Zoo), which will house almost 1,000 animals from different parts of the world. In addition, an expected of more than 350 rare and endangered species will call Safari Dubai their home.


Key features of the project will be 8 main parts:
Palms Park 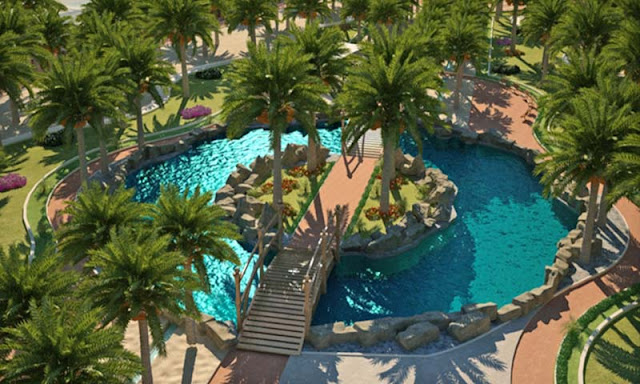 Another project by Dubai Municipality is the Palms Park, which was inspired by a palm tree. This palm tree is a symbolism of the environment and will be reflective of a traditional desert in the United Arab Emirates. Visitors will have an idea of how a beautiful oasis is like in a park dotted with different variations of palm.

In Dubai's upcoming theme parks lineup, IMG Worlds of Adventure is one of the most highly anticipated. Spanning 1.5 million square feet in Dubailand, the theme park is expected to open in early 2016. The park will be divided into four main areas: Marvel, Cartoon Network, Lost Valley - Dinosaur Adventure and IMG Boulevard. The boulevard will be home to a whopping 28 restaurants, 25 shops and convenient 4,500 parking slots.


Another theme park to open in Dubai is the most anticipated Dubai Parks and Resorts. This development is going to be Middle East’s multi-themed park for leisure and entertainment destination.
The park is divided into three parks and a water park. These are:

A Polynesian-themed resort will be within the area called Lapita and a retail, dining and entertainment area called Riverland will also be in the vicinity.

This Dh150-million development by Nakheel will be located at the Palm Jumeirah crescent spanning 11-kilometre in length. The targeted completion date is in the middle of 2016 and will feature fantastic cafes and restaurants encased in glass. In addition to this, views of the Palm, Arabian Gulf and Dubai skyline will be featured.


The most anticipated Dubai landmark, world’s largest ferris wheel, and part of the Bluewaters Island project (worth Dh6-billion), is expected to stand tall near Jumeirah Beach Residence at 210 metres high. The ferris wheel will hold 48 capsules that can take in 1,400 visitors. Views visible from Dubai Eye are that of Burj Al Arab, Palm Jumeirah and Burj Khalifa. *** Dubai, no doubt, is the best destination for practically anything under the sun-- theme parks, shopping, dining, business and leisure. In 2016, it will surely be a year of excitement for both residents and tourists alike.
2:30 AM
2:30 AM
Email ThisBlogThis!Share to TwitterShare to FacebookShare to Pinterest