This was an eventful year for Dubai's real estate market as a measure of confidence emerged in the sector for the first time since the emirate's property bubble burst in 2008.

Dubai was one of worst hit real estate markets during the global financial crisis but the emirate’s safe haven status amid regional political turmoil helped push up average property prices by 19% last year, according to data from Jones Lang LaSalle (JLL).

Success of off-plan sales, enforcement of regulation and project handovers are all signs of a turnaround that was boosted in part by investors from the Middle East and South Asia looking for a safe haven to park their money. There has also been a good uptake on newly completed stock and prices have strengthened both in sales and rentals but notably in the popular freehold communities such as Emirates Living, Palm Jumeirah, Arabian Ranches and Downtown. 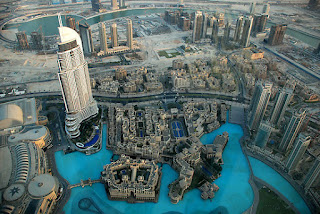 Other positive signs of slow and gradual revival include the success of off-plan sales and releases by major developers such as Emaar Properties and Nakheel, the enforcement of transparency and regulation that continued to improve through 2012 and project handovers such as the Princess Tower in Dubai Marina — the tallest residential building in the world. Emaar has also seen some highs in the market when it sold out its three key projects: high-end apartments at Panorama at The Views, luxury homes in Arabian Ranches and The Address The BLVD serviced residences.

“The overwhelming customer response, with the units released for sale being sold out on the very first day of their public launch, is a clear demonstration of the positive growth of Dubai’s property sector, led by strong economic fundamentals,” an Emaar Properties spokesperson said in an email to Gulf News.

While the property market in Dubai may still be plagued by oversupply, we are likely to witness selective stablisation with the growing demand for investment and homes in many parts of the city including Emirates Living, Mirdif, The Villa Project and Downtown Dubai.

1:56 AM
1:56 AM
Property in dubai
Dubai - United Arab Emirates
Email ThisBlogThis!Share to TwitterShare to FacebookShare to Pinterest