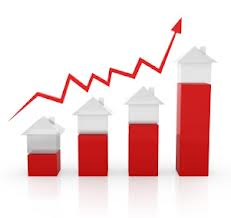 Dubai’s residential market continued its positive momentum in the second quarter of 2012, as sale prices for villas in in prime areas of the emirate rose 21% compared to the same period last year, according to a new report by Jones Lang Lasalle. But is such growth sustainable?

While many positive indicators have emerged over 2012 signalling renewed confidence in Dubai's real estate market, many warn that the sector still faces challenges and caution buyers to avoid over enthusiasm.

While there is without a doubt a good reason for optimism in Dubai's booming market, there are also newly emerging downside risks, according to a recent report by Citi Reseearch. "We caution against early signs of exuberance, such as the re-emergence of off plan sales and the risks of excessive supply given some of the recently announced projects. Such exuberance could undermine not only the sustainability of the real estate recovery but lead to dislocations in the wider economy as well," the report said.

Matthew Green, head of research & consultancy UAE, CBRE Middle East, also advises buyers to be cautious about the return of off-plan sales activity, which he sees as a red flag for the market. "While on the surface there appears to be some renewed interest in off-plan, the majority of real investors remain risk adverse to incomplete assets, particularly for projects that are still to even break ground," Green said. "Overall, we would continue to treat the off-plan market with some caution, and a consolidated return to speculative activity would signify a worrying trend."

He points out that while confidence has clearly returned for established communities such as Downtown, Arabian Ranches, Palm Jumeirah and Emirates Living, the recovery remains fragmented, with individual asset classes and locations performing independently from one another as a result of differing supply and demand fundamentals.

Just under 50,000 units are expected to be delivered in the emirate over the next three years, which is a fraction of the development pipeline during the peak. "This situation is compounded somewhat by the quality composition of the pipeline which is heavily focussed on secondary and tertiary locations," he said.

Green also noted that there will be one inevitable fallout from the likelihood that rents will continue to rise for well-located quality units in the emirate amidst tightening supply levels. "Over the past four years Dubai has become a more affordable environment for conducting business, but any sustained period of excessive growth in the residential sector could start to impact inflation levels, and that would have a negative impact on the emirate's competitiveness," he said.

12:34 AM
12:34 AM
invest in dubai
Dubai - United Arab Emirates
Email ThisBlogThis!Share to TwitterShare to FacebookShare to Pinterest