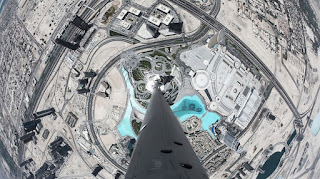 UAE residents have voted on what’s most likely to eat up their incomes and cash reserves in 2013.

In an Emirates 24l7 online poll, they have chosen what will top their list of expenditures.

Forty-one per cent of those who voted (167 readers) picked rent as the one that is likely to cause them the maximum damage.

With rents in most areas on the rise, it is evident why it tops the list.

A recent report from CB Richard Ellis (CBRE), as reported in Emirates 24l7, has recorded 17 per cent increase in apartment rents in 2012, with experts predicting 2013 will only see an upward swing.

“We had to negotiate with our landlord and agree to a rent increase of Dh8,000,” said a resident at Executive Towers, on condition of anonymity. “Either that, or we would have had to move out.”

Another resident, who refused to pay up, was asked to vacate his apartment in the same building.

“Rents are rising everywhere. Nobody wants to vacate because they know that they will have to pay more no matter where they go,” said Ritika, a resident of Buhairah Corinche, where the rents were raised.

The next major item of expenditure will be property and/or other investments, according to those polled.

Twenty-four per cent (97 readers) voted investment in property as their major item of expenditure.

Though it wasn’t clear whether the investments were in Dubai or overseas, some residents admitted that property values in Dubai have gone up and that it’s no longer a buyer’s market.

Despite that, many residents are still looking at investing in property here.

“I know that prices have increased but I still believe that investing here will bring us much greater returns than buying property back home in India,” said Thommen, a marketing executive in Dubai.

With most reputed schools in Dubai hiking their tuition fees in the new year, it’s only natural that education expenses should worry 11 per cent (44) of Emirates 24l7 readers.

“Nobody wants to sacrifice their child’s education. No one budgets it,” said an Indian parent, who will be paying six percent more on tuition fees this academic year.

In other items of expenditure, annual holidays recorded six percent, while ‘others’ was at sevem per cent, and medical expenses at two per cent.

Since most companies provide medical insurance for their employees, it’s obvious why only two per cent of those polled were worried about hospital bills.
4:36 AM
4:36 AM
Email ThisBlogThis!Share to TwitterShare to FacebookShare to Pinterest