+
Home » »Unlabelled » Know Who You're Dealing With and Deal With Reputable People!

Know Who You're Dealing With and Deal With Reputable People! 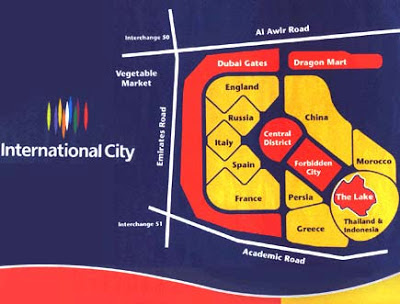 Yet another property scam has emerged and this time, it is in International City, Dubai, where scores of tenants are on the verge of being evicted for renting out apartments from fake agents.
A trading company, which also operated out of their offices in International City, allegedly leased several apartments from owners but sublet it to unsuspecting tenants at a lower rate.
The only condition was that tenants had to pay the annual rent in one cheque. Many did.
Meanwhile, the firm that leased out the apartments from the owners by issuing four cheques seems to have closed down its operations, with its staff and managers having disappeared.
Owners whose second and third cheques have bounced are now caught between evicting their tenants and re-negotiating the rent, shouldering a part of the loss.
Nadeem Khan, an owner of one such unit sublet to unsuspecting tenants, told Emirates 24|7 that he was approached by a person called Sajjad of M.A.M., willing to rent out his studio apartment for Dh21,000 per annum, in four cheques.
“We signed the agreement in November. The second cheque was presented in February and it bounced. That is when I discovered the scam. The person who lived in my apartment was a total stranger, and not the one who I rented it out to,” said Khan.
His apartment was sublet by the agency to a Philippines national for Dh15,000.
“I have asked the tenant to move out of the apartment. He has to either pay me the remaining months’ rent or vacate the premises,” Khan insisted.
Speaking with Emirates 24|7, the tenant who did not wish to be identified said, “I have a very meagre salary and I had to take a loan to pay the rent in one cheque. When I rented out the apartment, the ‘agency’ told me that they had the power of attorney from the landlord to manage the property. We were even presented with documents that looked authentic,” he said.
Interestingly, the trading firm even managed to get the tenants’ DEWA connection approved in their names.
Another owner, on the other hand, said he is trying to negotiate the rent with the tenant and recover at least a part of his lost money.
“The tenants are not very rich people, and it’s obvious that they cannot afford higher rents. What I am trying to do is get him to at least pay me the rent for the last quarter,” he said. In his case, the third cheque issued by the firm bounced.
In another case, Shafiq (name changed) says his company had rented out seven different apartments in the England cluster from another agency, G.R.E, for staff accommodation. G.R.E. allegedly operated in partnership with M.A.M.
“Last year, we had rented out two apartments from the same agent, and there was no trouble whatsoever. This year, however, after the third month, we were approached by landlords who asked us to vacate the place as it was illegally subleased,” he said. “
We had no option but to move out. We have already paid the annual rent for all apartments,” he said.
While the owner of G.R.E. has allegedly left the country, that of M.A.M. has been arrested by Dubai Police.
Several complaints have been registered by both tenants and landlords, and officials are investigating the issue.

11:44 PM
11:44 PM
Email ThisBlogThis!Share to TwitterShare to FacebookShare to Pinterest