Banks in the UAE have informed the UAE Central Bank that they would prefer not to cut mortgage lending by as much as the industry regulator initially proposed a few months ago. 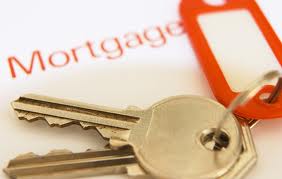 The Industry body - Emirates Banks Association (EBA) yesterday submitted a unified response on behalf of lenders which outlined that they would like to offer UAE nationals with 80% of the value of their first home, and expatriates with 75%. These figures are considerably higher than the limits the central bank was said to have in mind at the start of this year – 70% for nationals, and 50% for expatriates.

Under the EBA proposal the loan-to-value ratio for home finance will be stricter for “subsequent houses” bought by those assembling a UAE property portfolio - 65 per cent for nationals and 60 per cent for expats.

EBA chairman AbdulAziz Abdulla Al Ghurair has previously said he expects the new mortgage limit to be introduced in the second half of 2013 and that relations between lenders and the central bank are good. In a statement issued by the EBA on Wednesday, the organisation stressed it is “essential to emphasise the continuous cooperation between the Emirates Banks Association and the Central Bank to protect the borrowers, the banking sector and the national economy”.

Experts believe that the move by the UAE Central Bank to cap loan-to-value ratios for homebuyers in the country was an expected response to help ensure that local banks avoid being over-exposed to the property sector such as was the case during the economic crisis.

Despite the move by banks to increase lending percentages, it still remains clear that the government is looking to control speculation in Dubai's residential sector and avoid further overheating after increasing sales and leasing rates were recorded across much of the marketplace during 2012. However, whilst the move may have a moderate cooling effect on overall sales levels, the good news is that current market growth is being driven by cash investors rather than end-users.

Figures indicate that in 2012, Dubai's mortgage market was estimated at only twenty to thirty percent of total residential transactions, reflecting a high degree of liquidity in the sector.

5:09 AM
5:09 AM
Rent in Dubai
Business Bay - Dubai - United Arab Emirates
Email ThisBlogThis!Share to TwitterShare to FacebookShare to Pinterest