A lead contractor on the AED2bn ($544m) Dubai Canal project has sought to allay fears that the project will cause traffic congestion as diversions begin, saying while there will be "some impact" it will strive to make it minimal.
Guy Mehula, Parsons MENA president, said mitigation strategies would be key to making the project a success. 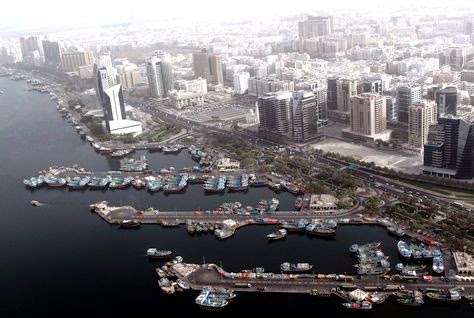 In March, US firm Parsons and Halcrow were awarded a joint tender to oversee construction of the canal, which includes elevating three major roads, relocating utilities and constructing the 2.8km-long canal.
To be split into three construction contracts, Parsons is responsible for construction supervision for two packages related to roads and bridges while Halcrow is responsible for the third package for canal excavation and marine works.
China State Corporation was this month awarded a contract for the construction of bridges on Al Wasl and Jumeirah Beach. Traffic on most internal roads in Al Wasl has been diverted, while traffic on Sheikh Zayed Road is set to be diverted from October 25.
“Any time we undertake one of these large projects, it is always critical to model the impact and look for the right mitigation strategies for the area and that is certainly going to be the case in these,” Mehula told Arabian Business in a wide-ranging interview.
“I’m sure no matter how you do it there will always be some impact and we will strive to work with the client to make sure that those are minimal.”
Parsons, which is 100 percent privately owned by the Employee Stock Ownership Trust, made $3bn in revenue in 2013, according to information on its website.
Mehula said the company’s Middle East operation, headquartered in Abu Dhabi, was by far the largest market outside of the US, employing 4,500 staff in global workforce of about 15,000. It had doubled in size since 2010 and Mehula said he hoped the company would continue that rate of growth.
“Our Middle East office has been growing steadily over the last couple of years and we expect to continue at a nice growth rate this coming year as well as next," he said.
Mehula said while it was working on large-scale transport projects such as the Riyadh metro, Etihad Rail and Doha light rail, it was also “seeing a fair amount of infrastructure work”, including ongoing work as program manager at the Abu Dhabi International Airport expansion.
He said Parsons was also bidding for the Dubai Metro red line extension project, having been involved in the initial construction of the emirate’s metro system, and was bidding on the design and management contract for Oman rail.
Mehula said infrastructure would likely remain the largest part of its portfolio, but it was open to diversifying through supporting clients which had opportunities in different areas.
He expected growth opportunities to come from Qatar, Saudi and the UAE, though it continued to monitor infrastructure needs and the political climate across the region, including Iraq, Egypt and Libya.
“The whole Africa region is an area that we are looking at for the right opportunities,” he said, adding that while it had no projects currently in those countries it was looking at opportunities and at the right time.
“I’ve been very positive on the outlook in the region -  I think things like Dubai Expo have certainly increased the sense of optimism and focus here in the UAE. We certainly have seen that in Qatar, Saudi is certainly a growing market with the amount of work that they’re trying to bring to the table, so I’m very positive and bullish on the region.”
Article Source: http://bit.ly/1gFYsa8
1:30 AM
1:30 AM
Active property buyers, Arabian Gulf, Buy Property in Dubai, canal, Creek, dubai, Dubai real estate investors, property investment
Business Bay - Dubai - United Arab Emirates
Email ThisBlogThis!Share to TwitterShare to FacebookShare to Pinterest